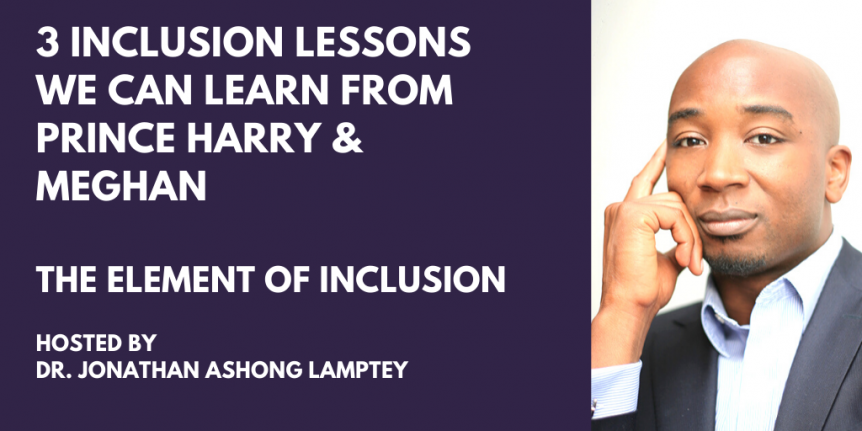 Prince Harry & Meghan announced they will step back as “senior” royals and work to become financially independent.

Conversations about race are difficult for a lot of people

“It’s abundantly clear that talking about race remains a difficult conversation for people in the UK and beyond. It’s emotive, there’s a lot of fear about saying the wrong thing, using the right language, getting it right. Or being vilified if you get it wrong.”

“Racism is a lot more sophisticated than that, developed from name calling to being more nuanced, subtle and therefore insidious.”

People are talking about privilege, but it needs to be more sophisticated

“In Diversity and Inclusion space, when people talk about privilege it’s often short hand for white privilege, or male privilege; but it should be a lot more”

Which of these most concerns you?

If you want to continue the conversation join our LinkedIn group, The Element Of Inclusion Community

Prince Harry and Meghan to step back as senior royals