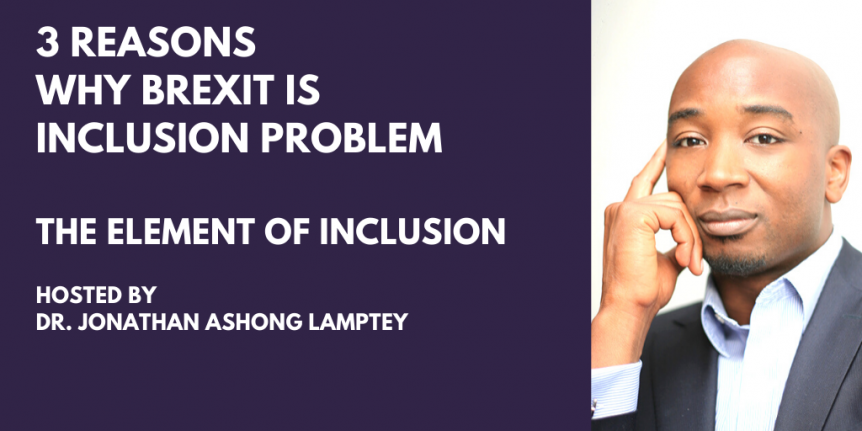 I’ve managed to stay away from the B word for a while now, everyone and anyone has an opinion because it has clear political and economic implications.

But we need to be more careful about how we think about Brexit.

EU membership was a catalyst for the UK’s inclusion agenda:

“The European Parliament supported legislative action for listed companies in the EU to aim for at least 40% of non-executive directors to be from the under-represented sex by 1 January 2020 and 2018 for public companies.  Here’s the thing.. the UK was one of a group of Member States that did not consider legislation at EU level to be appropriate. despite the broad consensus, In the UK, we avoided legislation, but we had to do something”

Brexit revealed that some citizenship ‘rights’ are actually just privileges

“European citizens born outside of the UK are realising that their right to enjoy equal treatment with British nationals is conditional.  It has been revealed to be a privilege that Brexit can take away”

“A lot of white Europeans who thought they were part of the majority are realising that Brexit made them part of the minority. I know Greeks, Italians and French people living in London who feel that they are not wanted in the UK. You see this a lot in the media.. “

Which of these most concerns you?

If you want to continue the conversation join our LinkedIn group, The Element Of Inclusion Community