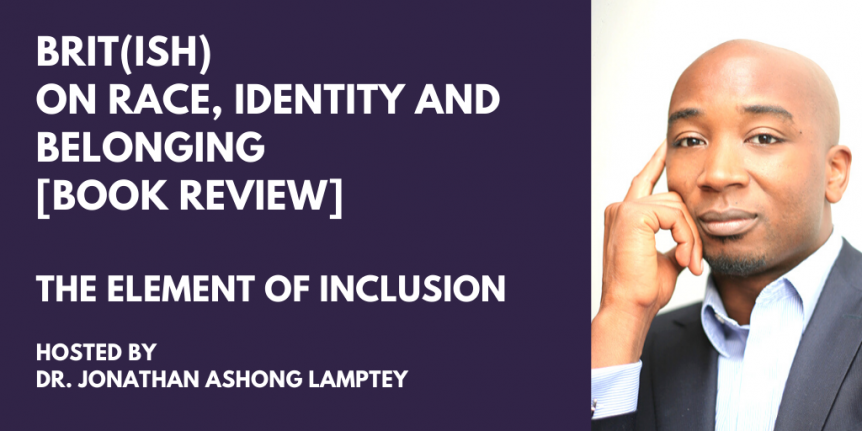 What does it mean to be British in 21st century?

Get your pen and paper ready because in today’s show I’m reviewing a unique book that takes a contemporary look at British Identity through an intersectional lens.

The book is called Brit (ish) On Race, Identity and Belonging by Afua Hirsch

Afua Hirsch  is a writer, broadcaster, and former barrister.

I’ve been holding on to this book for a while, if we’ve met in the past few months

I’ve probably mentioned that I wanted to review this book. In fact, this book was voted for by the members of The Element of Inclusion Linkedin Group to be the last book review of 2019.

“The author makes reference to her husband Sam and his experience as a contrast to her own, despite their shared heritage, and ongoing experience, what I like is the way their differing experience of being Black British is discussed and explored”

“Stereotypes of cricket, fish and chips. Mary Poppins and drinking tea are still strong but they are constructed. Mary Poppins wasn’t mentioned in the book but the point is focusing on these constructed identities often mean that other legitimate forms of being British get overlooked.”

British identity is going to continue to change

“100 years ago, Britain was a colonial power now it’s different and in the future it’s going to be change even more. This isn’t a British thing, this applies to every country, every state, every group of people. Ignoring it, isn’t going to make it go away. ”

Brit(ish): On Race, Identity and Belonging