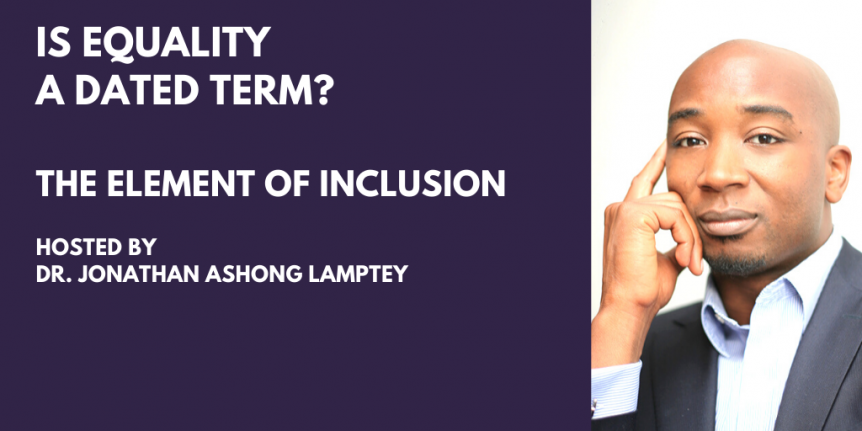 There’s a lot of talk about Diversity.

With all this focus on being different

What does that mean for equality?

Get your pen and paper ready because I want to talk about Equality and why it may be a dated term. This is one of those inconvenient topics that a lot of people dodge because they don’t know how to deal with it.

In todays show we discuss several things including

Equality is a term that is often used without careful consideration

“people aren’t clear when they say they want equality. Are we talking about treating everyone equally?”

Equality requires a standard that may not work for everyone

“equality requires a benchmark to be equal to.. an archetype, a standard.. in this case it’s male”

Equality may be useful now, but it may limit us in the future

“What we believe, in the future we want, we will live in a system that will share the advantages and benefits…”